Try new ways to move clean energy across the country

One of the challenges of clean electricity is how to move large amounts of power from source to use. Rather than put generation near demand, or demand near generation, this approach considers innovative ways to move the power itself.

The purpose of the grid is to move power in bulk over long distances, while also integrating this power throughout the entire network. Achieving these goals typically requires overhead lines carrying alternating current (AC) – as they are reliable and robust. But, as noted in Approach 2, we can’t complete the required amount of new AC lines before 2030.

As an alternative, this approach uses high-capacity underground direct-current (DC) cables. These cables would exclusively move power from wind and solar farms in the west of Ireland to east coast cities where more power is needed.

High-voltage DC cables like these are typically used in long-distance connections between separate grids. They are rarely used as an integrated part of any national electricity grid. This is because DC electricity is hard to integrate with existing AC grid infrastructure. For instance, DC cables like this need large, expensive and complex converter stations at both ends of every cable.

For these reasons, these DC cables would not form an integrated part of the grid. They would be isolated, one-way connections between renewable generation and urban centres.

To enable this approach, we will also need to install sophisticated electronic devices on existing AC lines – to change how power flows on the rest of the grid.

Although EirGrid plans for the future of the grid, ESB Networks builds and owns the actual grid infrastructure. To deliver this approach, we would need to work together to implement these technologies at an unprecedented scale.

This draft approach is based on 4 GW of new renewable generation coming from inland wind farms, 2 GW from solar, and 2 GW from offshore wind.

We estimate it would lead to over 46 projects costing approximately €1.5 billion to upgrade and add to the grid. There is also a high degree of technical uncertainty in this draft approach.

For this reason, we believe it would be very challenging to complete all the necessary work in time. This means this approach is unlikely to make the grid ready for at least 70% clean electricity by 2030. 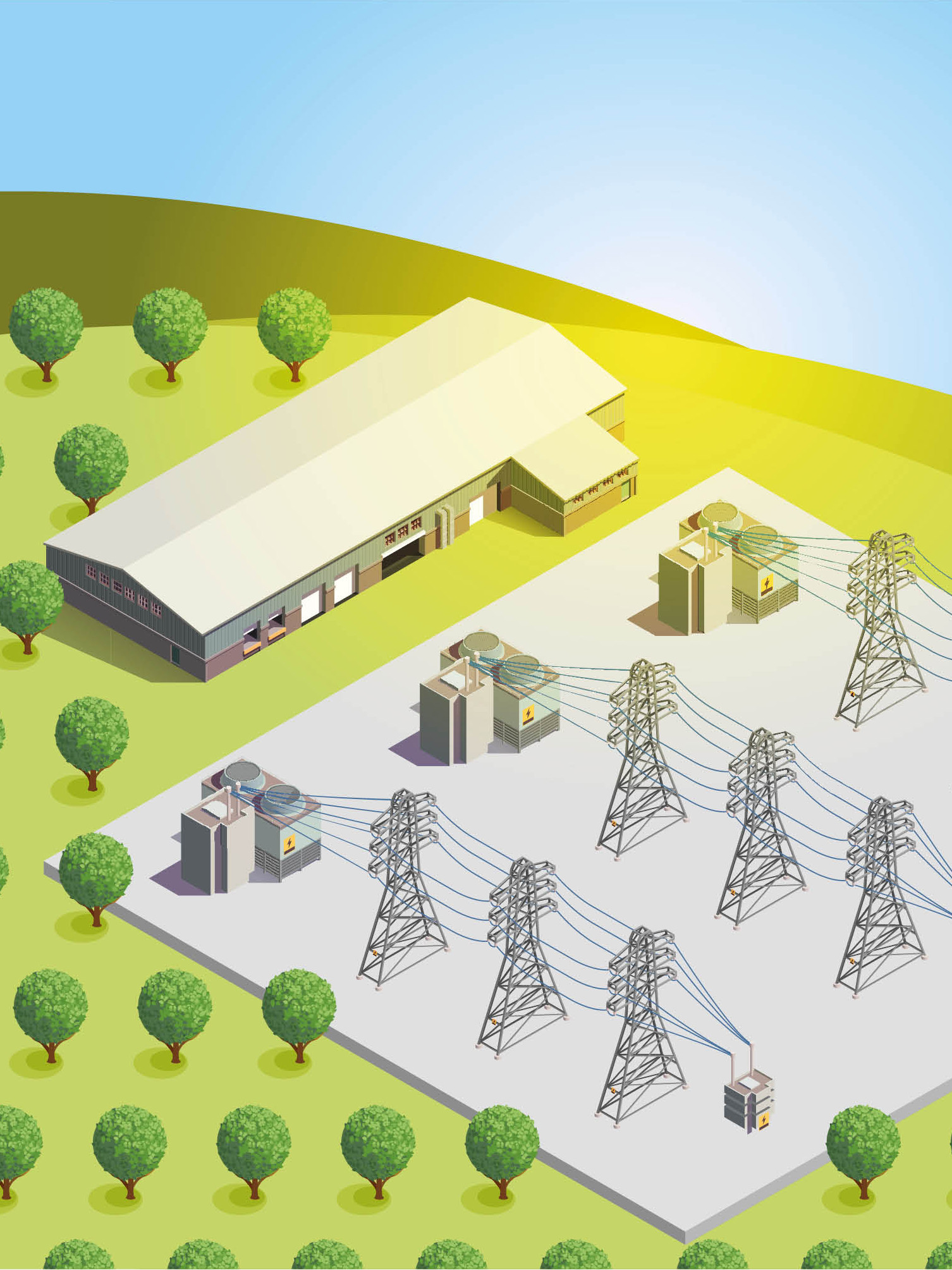 This approach uses several high-voltage DC underground electricity cables moving power from the west to the east. Each cable would need large-scale converter stations at either end of the cables so power can reconnect to the grid. Converter stations are substantial buildings, but their visual impact can be reduced with careful landscaping.